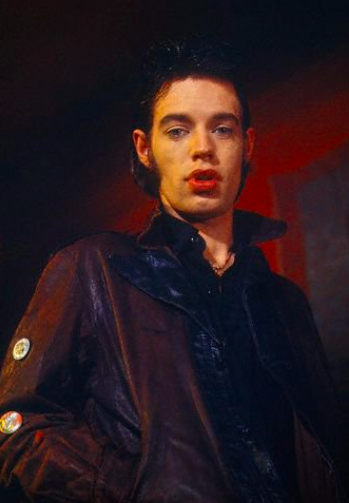 “The only performance that makes it–that really makes it–is the one that achieves madness.”

Mick was interviewed by Tony Elliott of Time Out London in 1970, and Mick’s words were printed, verbatim, in the 1972 Unauthorized Biography of the Rolling Stones, edited by David Dalton. Here is the full text of what he said.

“I think Turner is a projection of Donald’s fantasy or idea of what I imagine how I am. The thing is that it’s very easy for people to believe that’s what I’m like. It was easy to do in a way because it’s just another facet of me if I felt inclined to go that way. But now when I look at it there’s so many things I could have done to make it stranger or to make it more real, to my mind, of how Turner would be and how he would live. I think it was a bit too much like me in a few ways. But he’s not quite hopeless enough. I don’t think there’s many people like that individual. I found his intellectual posturing very ridiculous – that’s what sort of fucked him up. Too much intellectual posturing in the bath when you’re with two women is not a good thing; that’s not to be taken too seriously! It made me skin go all funny! I know people like that.

It isn’t me really. You just get into the part – that’s acting isn’t it? You just get into the feeling of that person and I got into feeling like that. You know you don’t want to make any decisions and there’s certain things you know you’ve got to do and there’s certain things in your fate that you know. Some people like to sit down and get really involved in the things that they know and some people just want to take what they are and just carry on. Turner was just a person who’d stopped all that and become very tuned into it. After a while you really get into thinking like that and driving everyone crazy. I drove everyone a bit crazy, I think, during that time. It was all taken for granted that I would do anything!

I’ve known Donald on and off for several years. But I didn’t know him that well. But when you work with someone you really get to know them and we had terrible rows because I didn’t think he knew what he was doing. He’ll probably say that I didn’t really either. Roeg was the professional doing his thing. He was always reliable and he had his little lighting cameraman job to do as well. But he was doing more than that and I don’t know how much of the composition etc. was due to him. Donald wrote the story and he was the driving force as far as the actors were concerned. Between the two they were working out the delineation of their authority.

At the time I couldn’t see the film because I was very hung up about it. I’d rather it had come out. It should have been out years ago. I still think it’s a good film. But I think it was a better film two years ago.

I feel I did create something. It was enjoyable as far as that’s concerned. That’s what made it such hard work. Although you can say it was contributing something creative it wasn’t shot with one camera taking Anita and I out into the middle of nowhere for 3 days and saying this is the sort of feeling we want you to have. It was shot just like a regular movie. You had to know what you were doing before you got on camera, it wasn’t just a question of improvising for hour and hours. We had to work it all out before otherwise you just go into a mess. We’d suddenly stop shooting one day because I’d say I wasn’t going to say those lines. There were all kinds of situations like that and the regular technicians would go ‘Blimey, I’ve never seen anything like it!’ and all that. Donald’s whole thing is casting people for what they are and how they fit into the part, to make them work out and create the part, to work on things that were already in their own minds.

There’s two important things about the film to Donald. There’s the sexual thing – not only physically sexual, but the interrelating of the sexes and the interchanging of roles. And the role of violence and the role of women, vis-à-vis the role of violence of a man. How the two things can balance each other out. And the ritualistic significance of violence. That’s one of the main themes if you can gain any conclusion out of it. Donald’s really hung up on the ritual of violence not being the thing anymore where certain people can go through certain moods – like a tournament or a small war – but now that that’s not being used anymore that’s very dangerous.

He’s deploring the lack of ritual in violence. The way of coping with the violence is to sort of act it out theatrically. I personally don’t feel I have to do it. Part of me does. But some people do. There are some people in our society who have to do so to deal with it or to deal with that part of you and therefore that part of the majority need to stage some kind of violence.

I don’t understand the connection between music and violence. Donald’s always trying to explain it to me and I just blindly carry on. I just know that I get very aroused by music, but it doesn’t arouse me violently. I never went to a rock-and-roll show and wanted to smash the windows or beat anybody up afterwards. I feel more sexual than actually physically violent. I get a sexual feeling and I want to fuck as soon as I’ve been playing. I cool down very quickly. I can come off the stage and be back to normal in five minutes. You can only really get into the feeling if you’re with a group of people like that. The only time I’ve felt violent was in some street demonstration and you really get the feeling of being in with a crowd which wants to do something and you get really carried along whether they’re right or wrong. Whether the policeman is doing his job or whether the cause that you’re hitting the policeman for is really right, what’s it fucking matter? The point is that the act of violence is more powerful than the intellectual political act. I never felt that feeling in a crowd with music although I’ve felt very turned on but not like that.

Film people wonder why musicians don’t like working with them. It’s because they don’t treat them well. They all think they’re so groovy. They think they can just snap their fingers. Keith and I were asked to do the music for Candy. We went to see these people and they were just bullshitters and jivers. They made such a scene and only wanted to pay us £2,000 flat with no royalties or anything with all those songs we would have to write. It is hard to make film soundtracks and rock-and-roll groups can’t really do it.

The piece where I was dancing with the fluorescent tube was to Leaving Trunk by Taj Mahal. That’s the thing with films. Nobody knew what music we were going to use or record. Someone said maybe we’ll use Leaving Trunk because it’s good to dance to. Then we just did something in the same tempo. The whole thing of films is a cheat. Like they took off the backing track from Memo From Turner and put on another one. It’s all an illusion and an illusion on top of other illusions. There’s so many illusions that I’ve forgotten after a while.

I said I would give away any money earned from the Maysels’ film of Altamont. I’m open to any suggestions. It’ll probably go to some American charity of some kind. I tried to get the distribution company to give some money but they won’t give a penny. Why should they really? At least they’re honest and not trying to be hypocritical about it. They just said they’re in this to make money. You should take the cost of a film and then see how much it has grossed. If you think they have made five million then they should fucking well give some money.

If you want to set up an alternate business structure, then you have to be an alternate businessman, which is not what I want to be. There’s certain aspects of finance which interest me. Finance for things like films. But it’s a full-time job. There are a lot of people who want to make alternative things. Alternate record distribution would be very interesting, but there’s nobody who is really into it. There’s just a lot of people who waffle about records being too expensive, but nobody is actually prepared to really do anything.

You can’t ask actors and musicians to be everything – the alternative creative and money thing. You want someone else to work on that too. I’ve been spouting about alternative record distribution but not one person has actually called me up. Not even one person who says, ‘I have eight lorries, I could sell your records.’ Nothing. So I say there’s no alternative system. And until there is I’m going to operate in the other one because my first love is music and not alternative capitalism. If someone wants to get it together, I can help.

You need to go to the States because here you can really stagnate especially about this time of the year. You can live in America in the country. It’s just as quiet as it is here. There’s the sort of energy thing to work off. There’s a lot to do and there’s a lot going on.” 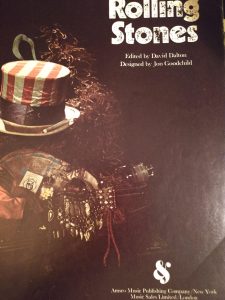